Are You a Spender or a Saver? 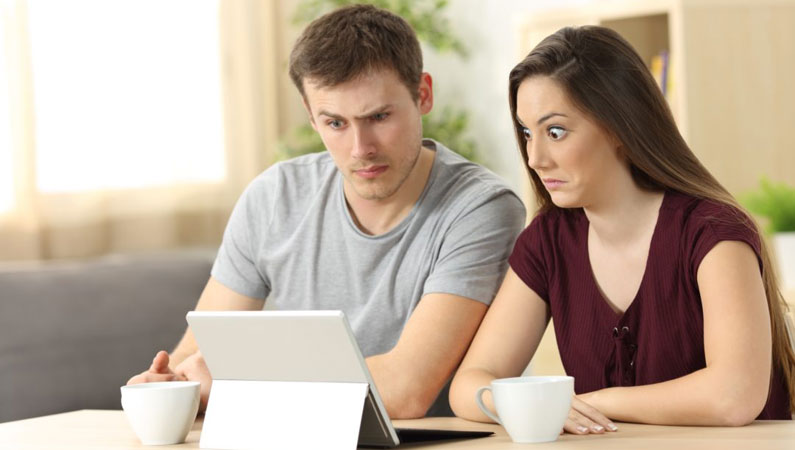 You’re either one or the other.

What is a spender? A spender is someone that operates without a budget and tends to be an impulsive buyer. A spender will see something that they want and without putting much thought into the purchase, will buy it. Money “burns a hole” in their pocket and they operate as a loose cannon when it comes to managing their money. When it comes to investing, the spender will tend to be more aggressive.

What is a saver? A saver is someone that operates with purpose and is very mindful in how they spend their money. They will almost always work off of a monthly budget and know exactly how much money they have and how it will be saved or spent. When investing, the saver will tend to be more conservative.

As mentioned, a large percentage of couples have a spender and a saver. In my experience, this is not gender-specific; I’ve certainly seen as many men be the spender as I have seen women. Just like I’ve seen as many women be the saver as I’ve seen men. It’s really about having certain personality traits that will determine if you are a spender or saver.

If you are in a marriage where one of you is the spender and the other is the saver, there is a certain balance that happens here. The saver will be the voice of reason and will often times convince the spender that certain purchases aren’t necessary. The spender might be able to convince the saver that leaving all of your money in the bank, at a 1% rate, might not be necessary and investing the money for long-term growth is better.

If you are planning to retire early, it’s best to let the saver take over and plan your early retirement. A spender can get so impulsive that they are the ones that might just up and quit their job just because they are sick and tired of it. The basis of retiring early is being frugal and making smart financial decisions… so who’s better equipped to do that? That’s the question. The saver is the person that should be leading the charge for early retirement.

One side note: Sometimes the saver can be so conservative and have a laser focus on the budget that they will never feel comfortable retiring earlybecause they are worried there will never be enough money to last. The spender might need to step in to provide encouragement, seek some outside help (perhaps a financial planner), or even help with projections in order to show you are on track and everything will be alright in the long term.

What if you have two spenders as a couple? Oh boy, can this be a problem if you are planning to retire early! A couple that are both spenders tend to feed off one another and both tend to fly by the seat of their pants when it comes to financial matters. These couples tend not to have a budget, save less, and spend more. If you realize that you are both spenders, one of you will need to convert over to a saver. Someone needs to take the lead and start making some changes such as tracking your money, budgeting, and setting some targets. If there is no financial counterbalance things can and will get out of control.

What if you have two savers as a couple? This is the perfect setup for retiring early. As I mentioned earlier, the basis of retiring early is being frugal, making smart financial decisions, and having targeted goals to work towards. Savers are planners and planners often times are able to retire early. The only true downside to having two savers in the relationship is that they can become so obsessed with saving money that they end up not wanting to spend any of it.

Let’s go back to personality traits for a moment. When I think of a saver, I think of certain occupations that savers are attracted to, such as accounting and engineering. These careers require a lot of focus and detail, which are traits that savers tend to have. Spenders tend to be in careers like sales. In sales, the focus is to get the end result without letting the small details get in the way. An accountant or an engineer is looking at every small detail at their job, so budgeting and tracking their personal finances is very easy for them. A salesperson tends to gloss over the small details and often times can be distractable or brash, which makes them less likely to pay close attention to their finances.

What are you? Are you a saver or a spender? When planning to retire early, it’s important to know whether you are on the same page financially with your spouse. If you’re the saver and your spouse is the spender, then you need to step up and take charge of your retiring early plan. If you’re both spenders, then perhaps you are the one that needs to convert to a saver and take over the plans to retire early. If you’re both savers, congrats, the road ahead may be easier than for most.

Feel free to reach out if you need help.