The Retirement Crisis Ahead 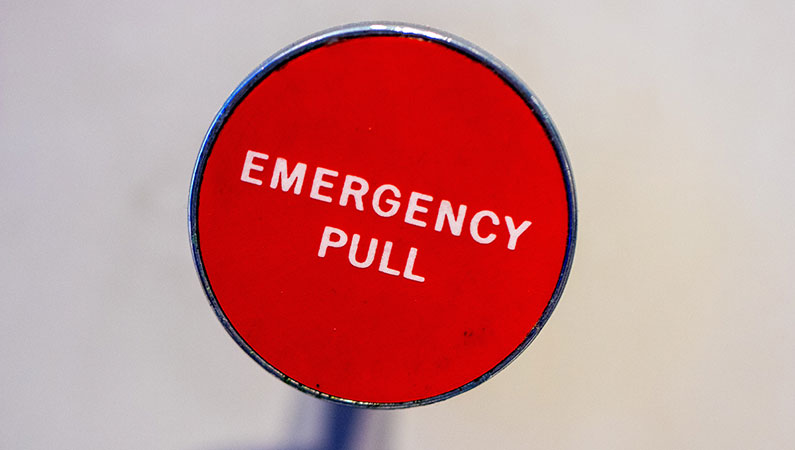 For those who retired in the 1960’s and 70’s life was good. Back then it was common to work at one place for 30+ years, retire with a pension and have little debt. Companies were loyal to their employees. Credit cards were not commonplace, and people bought houses that they could afford to have paid off prior to retirement. Simply put, people weren’t in debt when they retired, and they knew that they had in a steady source of income.   (401k’s wouldn’t be developed until 1978)

Now in 2020 there is a retirement crisis. Call it what you like but retirement planning is not as easy as it used to be. People are ill prepared. Maybe it is too much debt. An underfunded pension. Social Security uncertainties. Life expectancy. More than likely, it’s a combination of all of these.

Let’s unpack this some more.

People being ill prepared for retirement.  It’s often been said that most people spend more time planning their vacation each year than they do planning their retirement. We work many years, saving for the day we can retire yet some folks put little effort into learning about finances or knowing their numbers along the way. There are those not contributing to their 401k’s. There are those who are trying to go it alone without much of a plan. It might sound scary to some to hire a financial advisor for one reason or another, but not working with one could cost you way more later than their advice costs now. A lot of folks might overlook the benefits of a Roth IRA, HSA’s, Life Insurance or just getting a simple Will done.

Based on the TransAmerica Center for Retirement Studies report, the average 50 something has $117,000 (estimated median) in retirement savings. https://www.transamericacenter.org/docs/default-source/resources/center-research/16th-annual/tcrs2015_sr_retirement_throughout_the_ages.pdf

Being prepared for retirement is something you can control. If you are behind, it is time to take control of your finances and get a plan. Hire a financial advisor if needed. Remember what I always say, “Nobody cares more about your money than you do.” If you spend the time and allow the proper resources, you can eliminate this risk.

Too much Debt.  Accumulating too much debt can cause you to delay your retirement or put you in a position not be able to retire at all. In an ideal world, we would all enter our retirement debt free. However, in the real world that’s not going to be possible for a lot of people. There are those who spent their early years spending on credit and on things that were frivolous. Other debt issues like divorce and medical bills are little harder to avoid. Even with the best medical insurance, having a major medical event come up in your life can easily wreck your entire financial picture even potentially causing bankruptcy.

Too much Debt?  You have the power to get out of this situation. Yes, it may take a few years to do so but if you buckle down and work hard, you can eliminate this issue. I’ve seen determined people do it plenty of times. Put a plan in place, maybe use the snowball method.

Underfunded Pensions are pensions that do not have the ability to pay out what they have promised. Simply stated, not enough money has been put into some pensions to pay out the full amount of payment that has been promised to the individuals. We see this most with cities, counties, states and the Federal Government or what is called the public sector. In the private sector, there are corporations who are on the hook for some large unfunded pensions. Corporations have been dropping pensions as an employee benefit at a rapid pace over the past 15 years. It’s estimated that only 15% of the S&P 500 companies offer a traditional pension to its employees.

Back in 2018, PensionTracker.com estimated that there is $5.2 trillion in pension debt that is underfunded.

Will you get your full pension? In most public sector cases yes, the governments will simply tax the rest of us to make up for those pension shortfalls.  However, now COVID-19 has come in and stressed the finances of states and cities who were borderline bankrupt before the pandemic even happened. If they file for bankruptcy, there is a possibility they could relieve themselves of paying their pension obligation.

Is your Pension Unfunded?  Let’s face it, we have little to no influence over this. The day has come where pensions are failing but they have not been declared officially dead yet. If you’re offered a buyout, talk to a professional such as your accountant or advisor. I’ve seen some attractive buyouts but taking one does not work for everyone. There can be some tax consequences if not handled properly and could result in less income.

Social Security Uncertainties.  Is your social security going to disappear in the future? I highly doubt it, but the system does need to be modified to fit the current situation. People are living longer, and the number of baby boomers collecting is greater than the number of people contributing. As of August 2020, social security has $20.6 trillion in unfunded liabilities. Now the program has about 20 years before it completely runs out of money so changes will have to happen.

What changes can you expect? Higher tax is very probable. A cut in benefits could be on the table. Increasing the age where you can receive your Full Retirement Benefit from social security would be my suggestion. The change might come in the form of a combination of all these options.

Living a longer life comes with it’s challenges. Can your retirement plan hold up if you live well into your 90’s? Will your health hold up?

There is a reason why “outliving your money” is the number one fear that people have when they approach retirement. It is a very real possibility if you haven’t planned properly.

Who will live longer.  Who knows? Living a long, and hopefully healthy life is based on our genetics, lifestyle and circumstances. While we have no control over our genetics, we can manage our lifestyle. Exercise and diet are very controllable. We can’t all expect to be like J.W. (Burgess Meredith) from Grumpy Old Men where he smokes, drinks beer and eats bacon at the age of 95. We also can’t always control the circumstances we encounter; hidden illness and accidents do happen. The point is no one knows how long they will need income. You might think you’ll never make it to 70 years old… or you’ll certainly never see 80… or Age 90 will be impossible. However, you better have a retirement plan that will last for as long as you do.

We have big financial problems coming in our future. The federal government has been printing money since 2009 like there is an unlimited supply.  Higher taxes are coming. Student loan debt is a big problem for twenty, thirty and forty-year old. COVID-19 and the shutdown is already bankrupting some very old corporations and the next wave will be personal bankruptcies.

The good news is that all of this stuff is not going to hit us all at once. We have some time to prepare. My suggestion is to develop a very close relationship with your money and starting planning how you’re going to avoid these future issues. Being prepared will allow you to turn these crises into a smaller roadblock that you can navigate more easily.