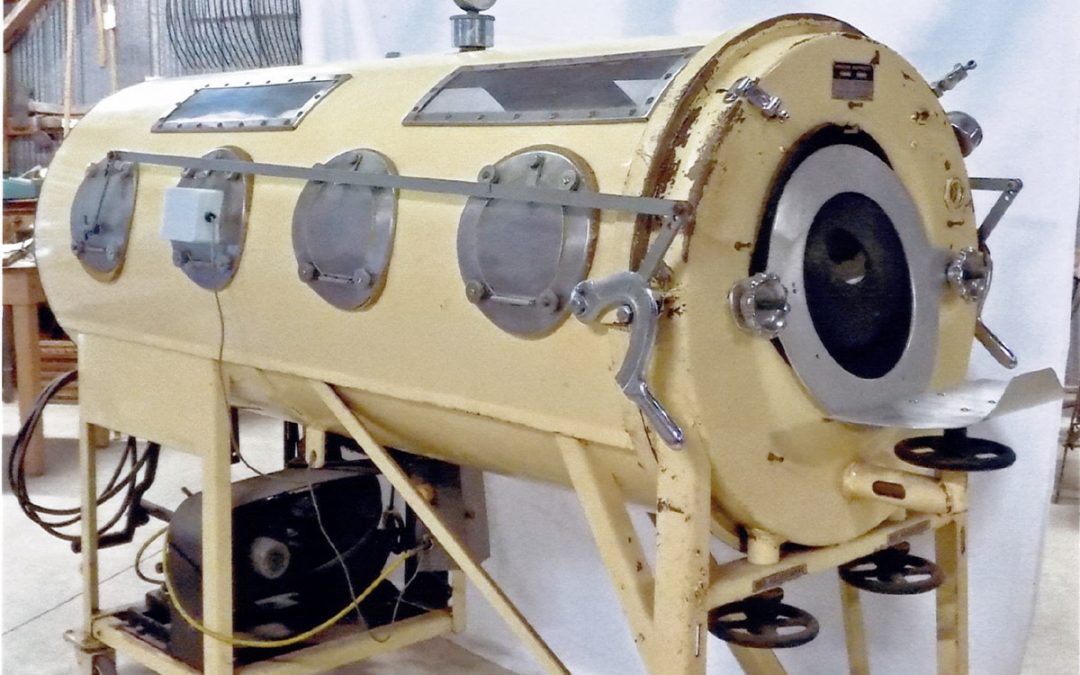 When I was a young kid, I once met a man who had spent most of his life in an Iron Lung after contracting polio. An Iron Lung was a machine that encompassed most of a person’s body and assisted them with breathing when they could no longer do so on their own.

I remember seeing this man lying on his back, inside of this loud machine, watching TV through a mirror attached to the top of the iron case he was trapped in. I was terrified. As a six-year old, I could not comprehend the machine, nor could I understand how this man had lived in it for over 30 years. When we left, I remember feeling sad for the man.

When I think about it, I still feel sad for this man that missed out on so much.

Let’s unpack what I just said. Trapped in a job, marriage or unhealthy friendship. Was I truly trapped? At the time it felt that way but, in reality, I had the power to walk away from any of those, at any time. You see, our minds can play tricks on us by paralyzing our decision making. If your job is horrible and you hate going to work every day, are you trapped? In your mind you are because fear is going to creep in and plant all sorts of ideas in your brain. Those fears are what is going to keep you staying at that job.

In reality, you have the power to walk away now.

We as individuals have the power to control our own lives and steer it in the direction that makes us the happiest. I know many people either in unhappy marriages, unfulfilling jobs and with unhealthy friendships. They are paralyzed by the fear of failing, being lonely or the unknowns of stepping away. Are they trapped? Yes, by their own brain. It’s almost like they are sitting in a prison cell with the door wide open, but they will not leave.

We’d all be better off if we could learn to examine our trapped feelings and process the emotions in order to reduce and eliminate the fear. Once we can truly understand that we are not trapped because we have the power to change our own individual situations, then we move from a position of weakness to a position of strength. Change is not always easy but when looked at in a positive light, it can be rewarding.

The man I met in an iron lung was trapped. You and I are not.